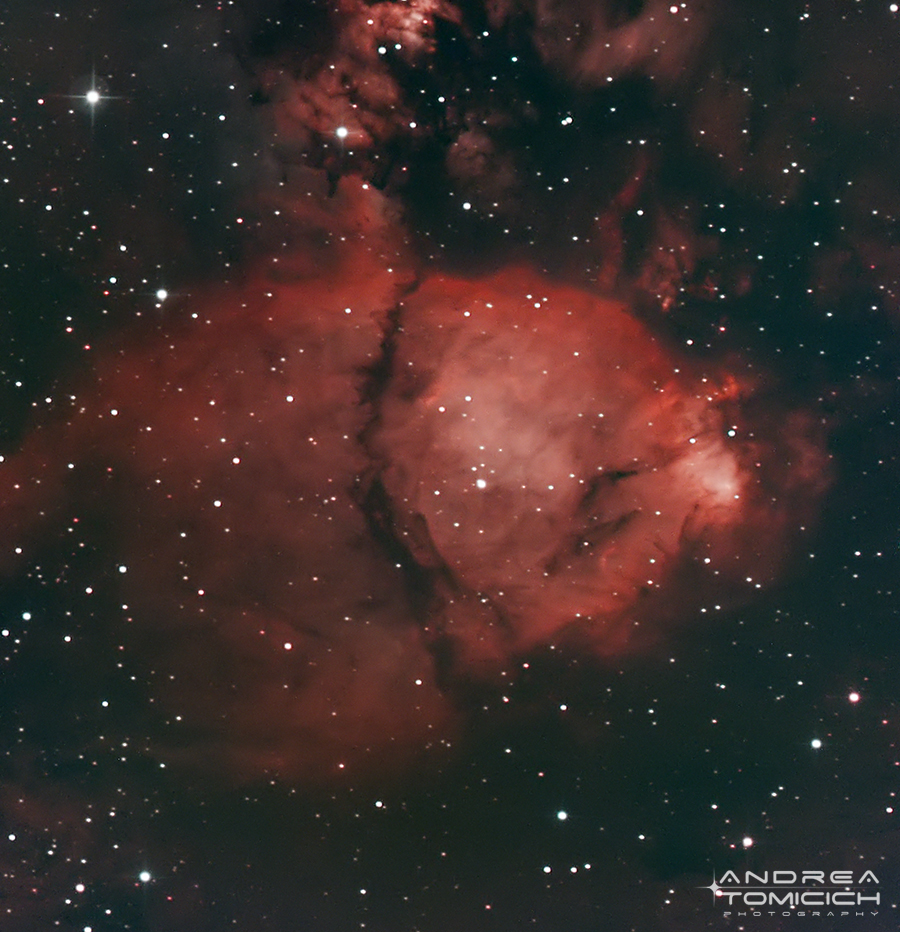 IC 1795, knows also as Fish head Nebula is a part of a larger nebula Named Heart Nebula (also known as the Running dog nebula, IC 1805, Sharpless 2-190).
It is an emission nebula located about 7500 light years away from Earth the Perseus Arm of the Galaxy in the constellation Cassiopeia. 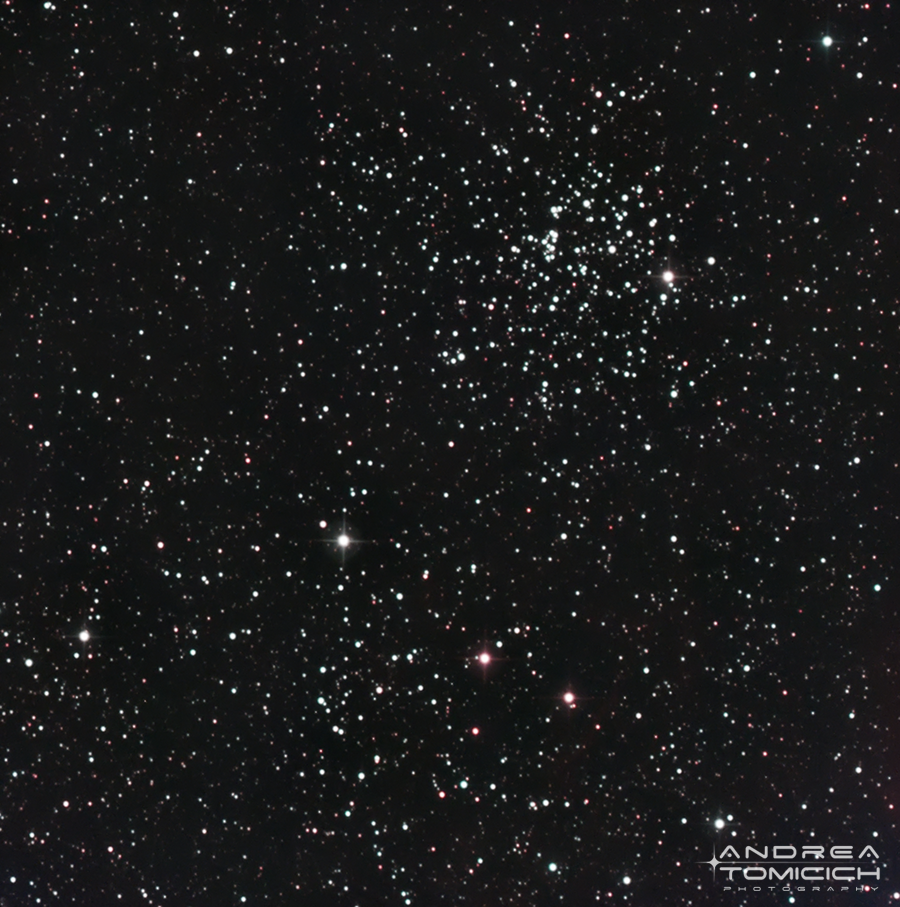 M 52 or Messier 52 (also known as NGC 7654 or the “Salt and Pepper” cluster) is an open cluster in the constellation Cassiopeia.
The exact distance of this cluster from our system is estimated between 3900 and 4900 light years, although an accepted value is around 4500 light years. 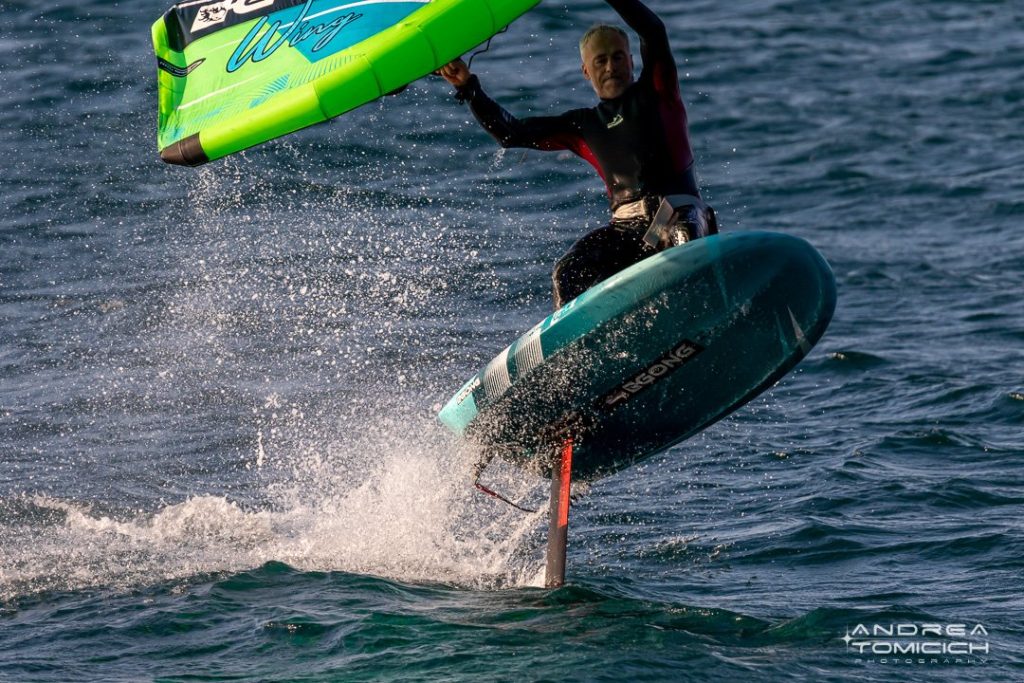 Also referred to as wing foiling, wing surfing is a water sport that gives you freedom to glide in the water without any lines or ropes restraining your every movement. To wing surf is to ride a SUP or foil board while you carry with you a hand-held wing or sail that help propel the board in the water by using strong winds.

I had the pleasure to watch a show of a local wing surfer in our gulf. It was spectacular! 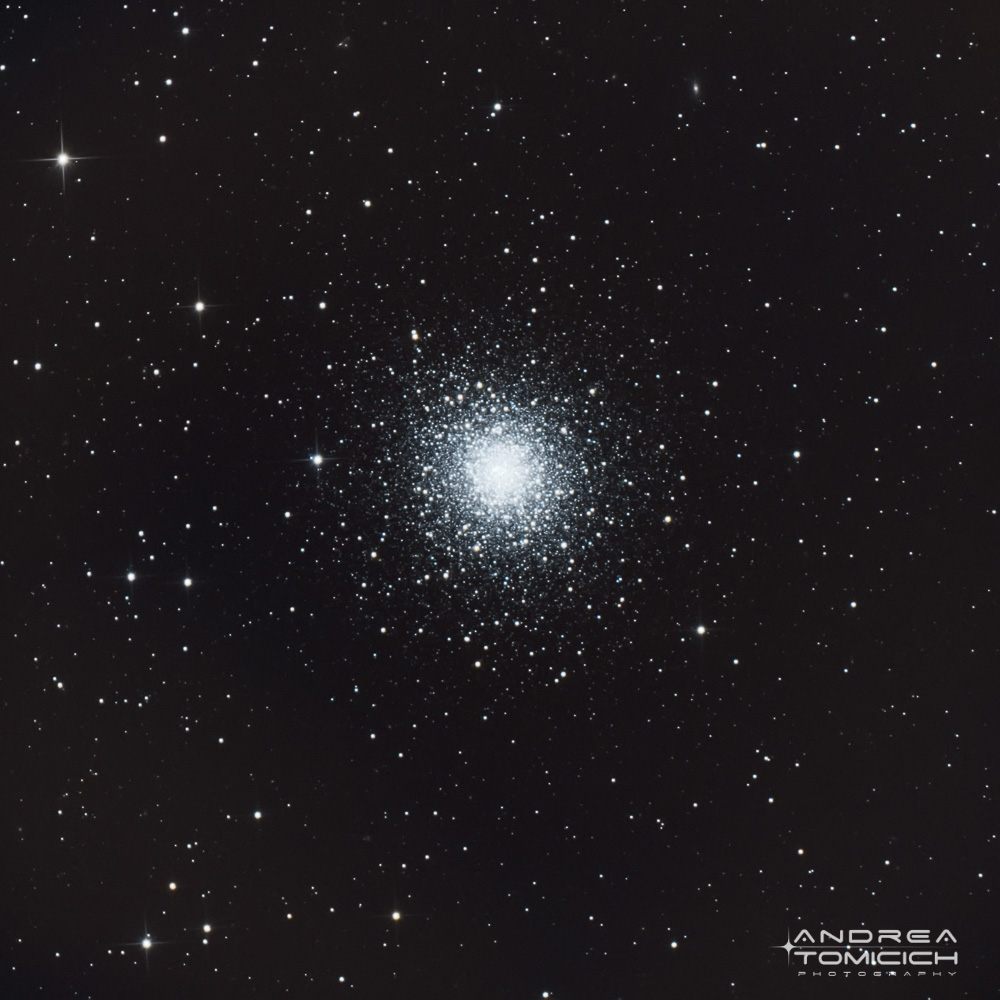 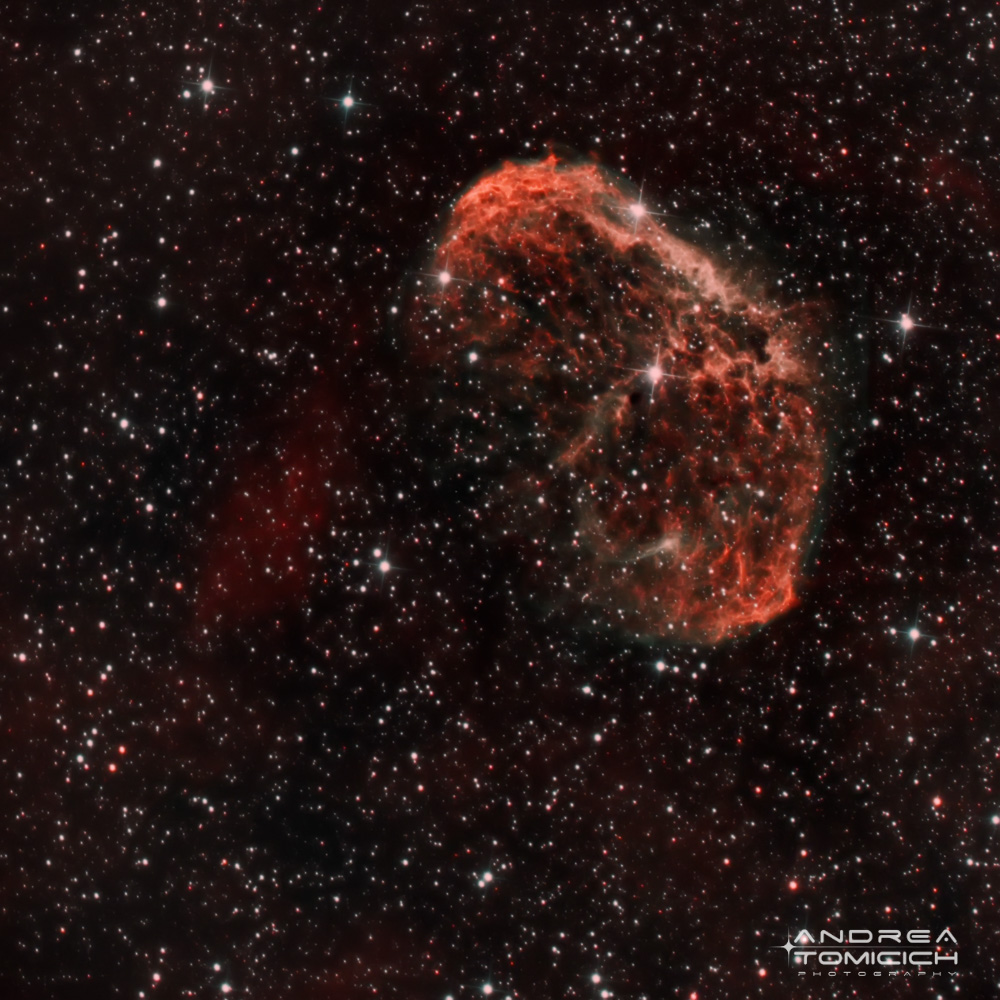 The Crescent Nebula, known as NGC 6888 is an emission nebula in the constellation Cygnus, about 5000 light-years away from Earth. It was discovered by William Herschel in 1792. It is formed by the fast stellar wind from the Wolf-Rayet star WR 136 (HD 192163) colliding with and energizing the slower moving wind ejected by the star when it became a red giant around 250,000 to 400,000 years ago. The result of the collision is a shell and two shock waves, one moving outward and one moving inward. The inward moving shock wave heats the stellar wind to X-ray-emitting temperatures. 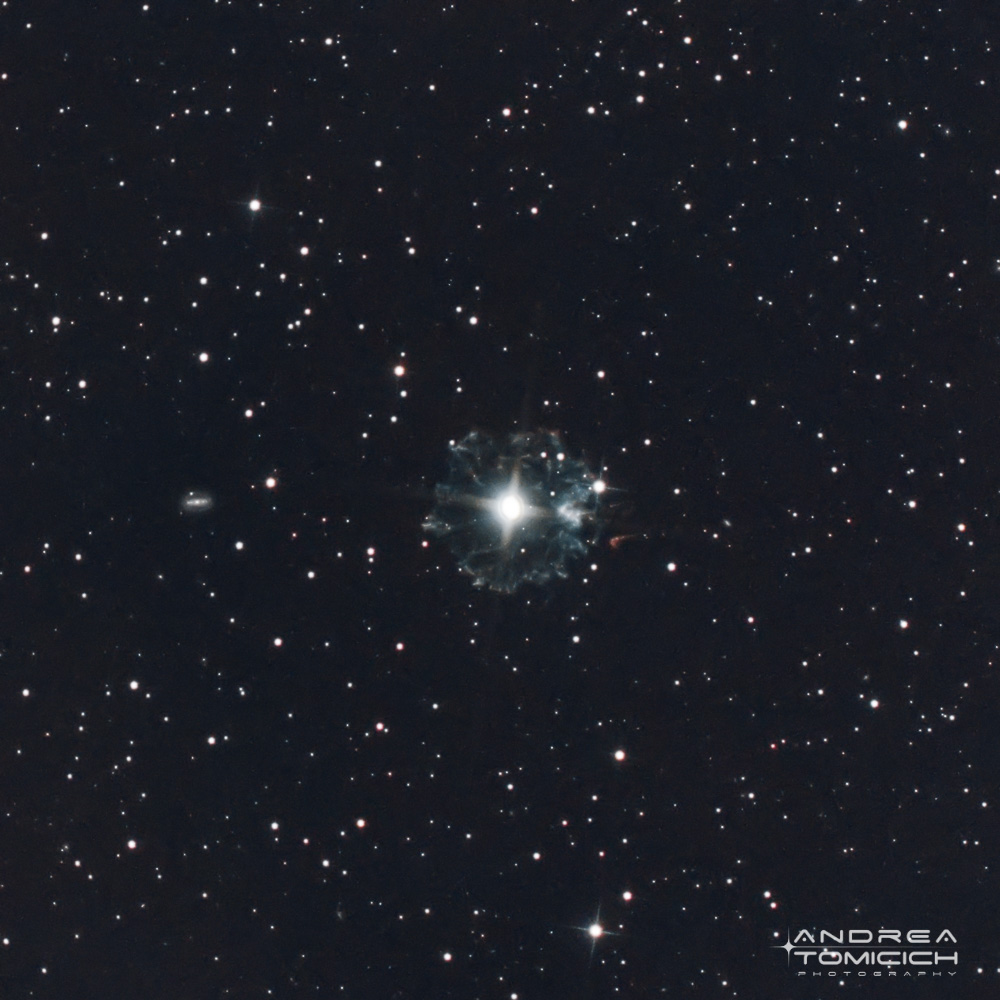 The Cat’s Eye Nebula (also known as NGC 6543 and Caldwell 6) is a planetary nebula in the northern constellation of Draco, discovered by William Herschel on February 15, 1786. It was the first planetary nebula whose spectrum was investigated by the English amateur astronomer William Huggins, demonstrating that planetary nebulae were gaseous and not stellar in nature. Structurally, the object has had high-resolution images by the Hubble Space Telescope revealing knots, jets, bubbles and complex arcs, being illuminated by the central hot planetary nebula nucleus (PNN). It is a well-studied object that has been observed from radio to X-ray wavelengths. 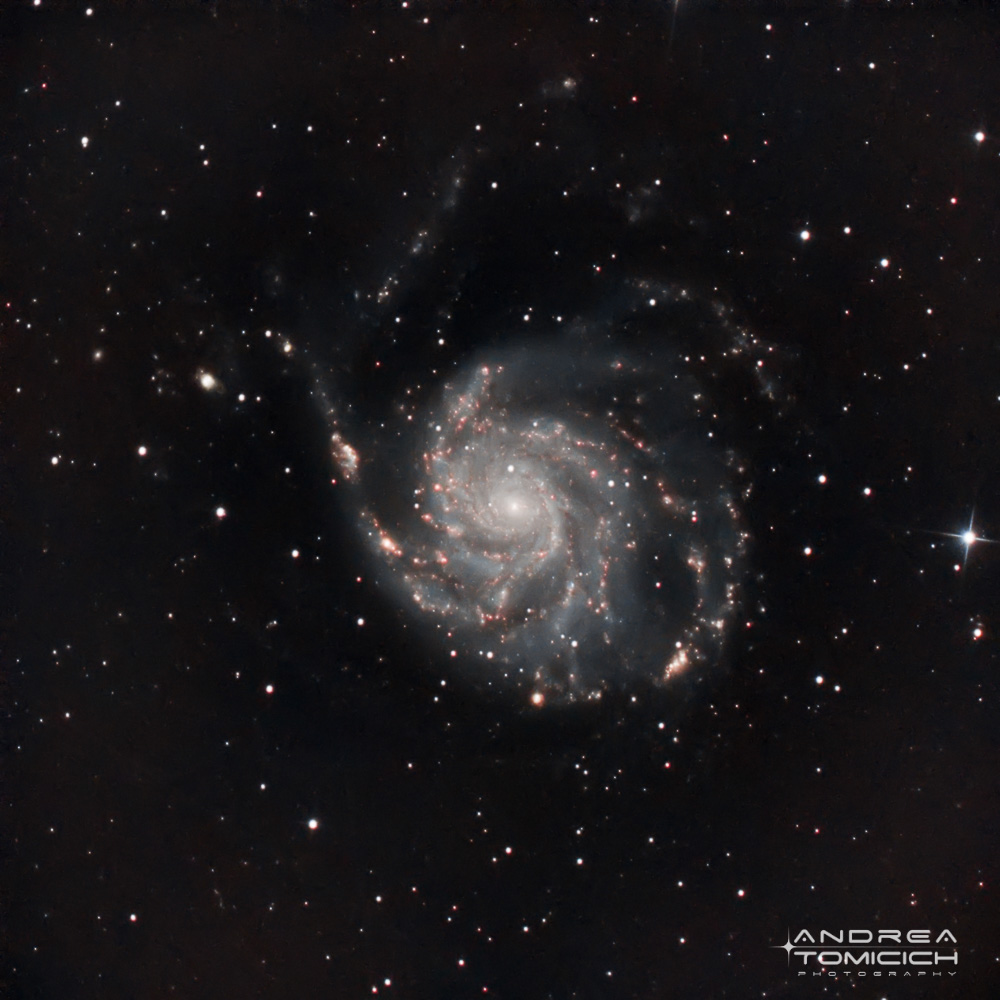 The Pinwheel Galaxy, known as Messier 101, is a face-on spiral galaxy 21 million light-years away from Earth in the constellation Ursa Major. It was discovered by Pierre Méchain in 1781 and was communicated that year to Charles Messier, who verified its position for inclusion in the Messier Catalogue as one of its final entries.
M101 is a large galaxy, with a diameter of 170,000 light-years. By comparison, the Milky Way has a diameter of between 100,000 and 120,000 light-years. It has around a trillion stars. It has a disk mass on the order of 100 billion solar masses, along with a small central bulge of about 3 billion solar masses. Its characteristics can be compared to those of Andromeda Galaxy.

M101 has a high population of H II regions, many of which are very large and bright. H II regions usually accompany the enormous clouds of high density molecular hydrogen gas contracting under their own gravitational force where stars form. H II regions are ionized by large numbers of extremely bright and hot young stars; those in M101 are capable of creating hot superbubbles. In a 1990 study, 1,264 H II regions were cataloged in the galaxy. Three are prominent enough to receive New General Catalogue numbers—NGC 5461, NGC 5462, and NGC 5471. 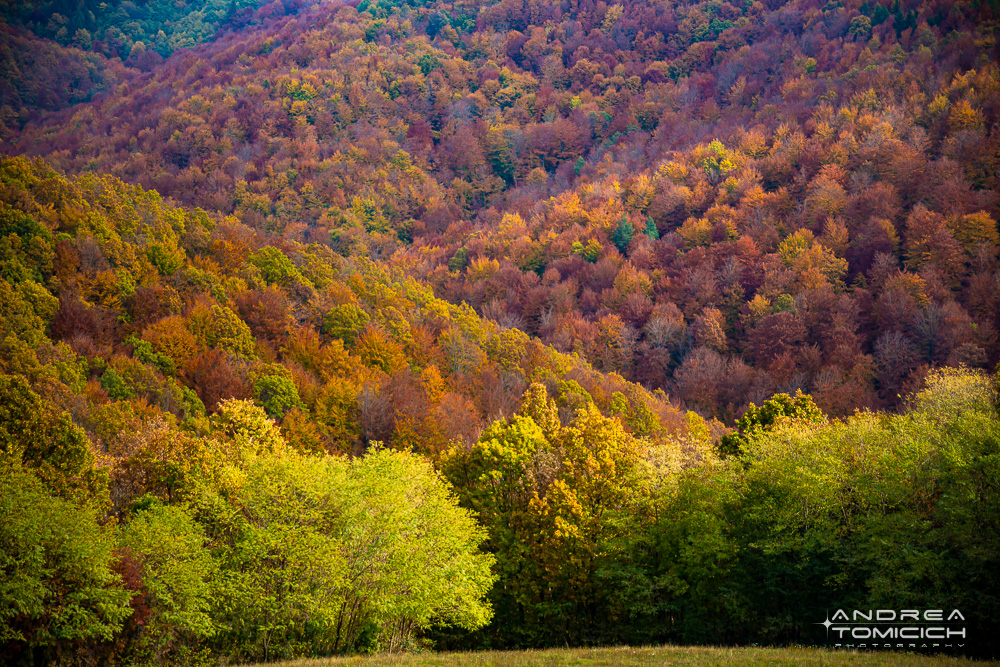 Strolling around soft hills around my city, in this period is really beautiful. The leaves are changing color and turning from green to yellow and then gold. Everything seems to be calm and the silence around is giving you peace that make you feel like to be in heaven.

It’s not always easy …
Sometimes the most beautiful evenings in winter are also the coldest ones. And the instrumentation has to withstand conditions that are not exactly “ideal”.
But also this time, everything went well and I managed to bring home a very interesting session …

In Italy, near the borders with Slovenia and Austria there are two wonderful lakes, the Fusine Lakes. The two lakes are Lago di Fusine Superiore and Lago di Fusine Inferiore. The color of this lakes is greenish-blue, and it is very beautiful.

We use cookies on our website to give you the most relevant experience by remembering your preferences and repeat visits. By clicking “Accept All”, you consent to the use of ALL the cookies. However, you may visit "Cookie Settings" to provide a controlled consent.
Cookie SettingsAccept All
Manage consent

This website uses cookies to improve your experience while you navigate through the website. Out of these, the cookies that are categorized as necessary are stored on your browser as they are essential for the working of basic functionalities of the website. We also use third-party cookies that help us analyze and understand how you use this website. These cookies will be stored in your browser only with your consent. You also have the option to opt-out of these cookies. But opting out of some of these cookies may affect your browsing experience.
Necessary Always Enabled
Necessary cookies are absolutely essential for the website to function properly. These cookies ensure basic functionalities and security features of the website, anonymously.
Functional
Functional cookies help to perform certain functionalities like sharing the content of the website on social media platforms, collect feedbacks, and other third-party features.
Performance
Performance cookies are used to understand and analyze the key performance indexes of the website which helps in delivering a better user experience for the visitors.
Analytics
Analytical cookies are used to understand how visitors interact with the website. These cookies help provide information on metrics the number of visitors, bounce rate, traffic source, etc.
Advertisement
Advertisement cookies are used to provide visitors with relevant ads and marketing campaigns. These cookies track visitors across websites and collect information to provide customized ads.
Others
Other uncategorized cookies are those that are being analyzed and have not been classified into a category as yet.
SAVE & ACCEPT